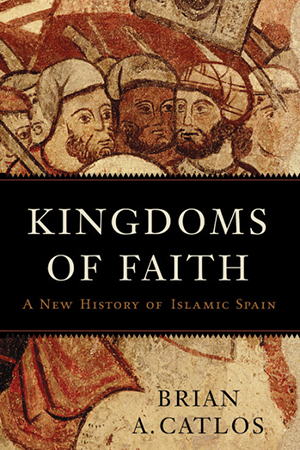 I read this book, about the history of Spain under Muslim rule, hoping it would be less biased than Darío Fernández-Morera’s The Myth of the Andalusian Paradise, which I found to be too polemical in its criticism of Islamic domination. This book was closer to neutral, on the other side of neutral, but the author, Brian Catlos, has taken a fascinating period of history and made it boring. It’s not that the writing is bad, it’s that he takes a kitchen sink approach that loses the reader in minutiae, with so many dramatis personae that there is no drama. Still, Kingdoms of Faith is useful as a reference work, and in addition, I think that the history recounted here has much to say about conversion of Muslims in lands reconquered by Christendom, past and future. 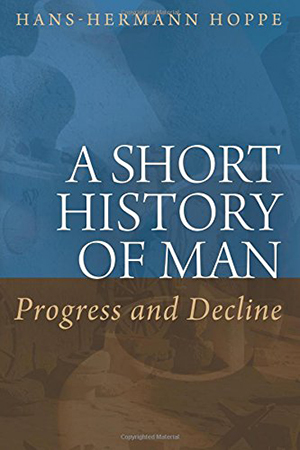 Hans-Hermann Hoppe!, they cried. Hans-Hermann Hoppe! They told me that if I read his books, it would change my life. This is not the first time I have heard that promise; it has been made to me of many books, from Frédéric Bastiat’s The Law to Ayn Rand’s Atlas Shrugged. The promise has always failed me, but each fresh tomorrow brings the possibility that next time, it will not. Thus, I read this book, which aspires to give the history of man in one hundred and fifty pages, as an introduction to Hoppe’s thought. It was interesting enough, but I have gone away sad, for that looked-for tomorrow is not today. 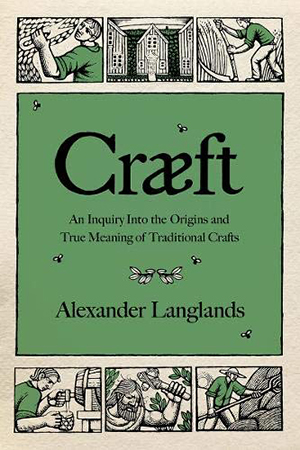 Man’s search for meaning is, in these days of alienation and anomie, always a topic that can generate interest. Meaning at its most concrete is tied to the things of Earth, to the nature of man and the world of nature. Thus, if man becomes wholly dissociated from Earth, bad things result. This, in a nutshell, is the message of not a few modern prophets, and among them is Alexander Langlands, offering a specifically British variation on the theme. 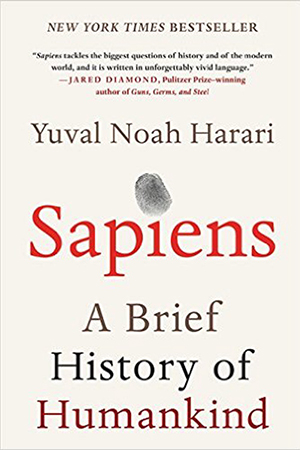 Sapiens is a book of history, but its main thrust is philosophical. It explores, or tries to explore, the conundrum that if man is built to seek meaning, but under modernity there is no meaning to be had, what is man to do? Since the author, Yuval Noah Harari, rejects all meaning as myth, yet makes meaning the focus of his book, his book has a split personality. But if you take Sapiens simply as longitudinal history, ignoring Harari’s sophomoric musings, and if you don’t mind the superficial nature of much of his history, you’ll have a reasonably good time.