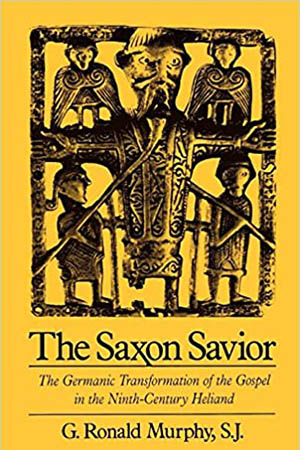 Immediately before the Ascension, the last command of Christ to the Apostles was to “make disciples of all nations.” Ever since, at least until very recently, proselytizing has been a core goal of all Christians. This work has often not been easy. Christianity is always counter-cultural, opposed to the inherent dubious tendencies of mankind. Moreover, the history narrated in the Gospels is embedded in the world of first-century Palestine, and that world is starkly alien to most cultures that have been the target of conversion. Such challenges have been met in various ways by Christian missionaries, and by Christianizing conquerors. The Heliand, a ninth-century “gospel harmony” used to persuade the pagan Saxons defeated by Charlemagne to accept Christianity, was one such way.